A festival of T20 cricket, the world cup showcases the best international, limited overs sides, two of which, India and England, treated us to a thrilling spectacle white ball Cricket.

India and England are two of the best international T20 sides in the world. Both will be tipped heavily to win the tournament, in October and rightly so. Reigning champions England, when on the big stage, are formidable whilst India are awash with talent.

With the pair recently completing their 5 match, T20i contest and India ultimately winning 3-2, we were left with many questions to ponder. Is this an indication of how both will perform in the world cup or was it just an opportunity for both sides to experiment?

India - A strong side, getting stronger

With bat in hand, India can call and rely on some incredible talent.

Kohli leads from the front, as we would expect, but he’s also backed up with some big hitting and solid performers.

Hardik Pandya took his chance we’ll, impressing in the final T20i. He was rewarded with a spot in the ODI starting team.

Rohit Sharma is Mr reliable. He’ll always stick around, which can often mean India’s lower order batsmen often don’t get a look in.

India’s bowlers were also on fire, especially in the final T20, which saw Bhuneshwar Kumar be in inspired form. Not only did he take the 2 vital wickets of Roy and Buttler, which completely disrupted England’s flow, his economy rate of 3.75 was incredible.

India will also have home advantage. We saw how the crowds can make a huge difference and this will only add to their advantage.

The pitches will also play a huge role. They can very quickly turn, which India knows all too well. The test match series against England, showed exactly why picking the right team for the occasion is of huge importance.

The main thing we can take from India’s Victory over England is that they aren’t invincible but they will take some beating.

Let’s make no bones about it, England are a strong team. They too possess some incredible talent and can really take the game to any opponent.

With the likes of Buttler, Roy, Stokes, Morgan and Malan, England can quickly and efficiently smash some big scores and chase down any target.

They played well against India in the T20 internationals. Leading the 5 match series 1-0 and 2-1, things looked promising for them.

Ultimately though, poor decision making, with team selection, some uncharacteristic mis-fielding and inconsistency with the bat proved their downfall.

India’s bowlers were very good, but not always on top. The problem we witnessed for England was that their batsmen needed to play straighter against some inspired bowling. Far too many times they played the wrong shot, the ball was often hit too late, with the wrong choice of batting stroke.

Their bowlers also seemed to lose focus. Significant spells of the final match, simply slipped away from England, allowing India to pile on the score and demoralise their opponents.

Although England are world champions, they are very beatable. Things can quickly get the better of them, allowing any team to find the confidence to overcome their challenge.

After the T20 series England captain Eoin Morgan suggested that new players could come into the T20 squad before the world cup.

We saw in the first one day international just how frail England can be. They looked to be in complete control and were batting their way to a famous win. A social media post after the match perfectly sums England up; “They snatched defeat from the jaws of victory”.

Latest news from our blog 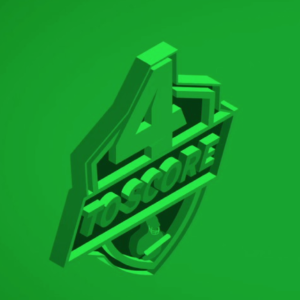 Betway has a great game to play for cricket fans – 4 to score. This is a free game to play and is available on selected cricket matches, usually including 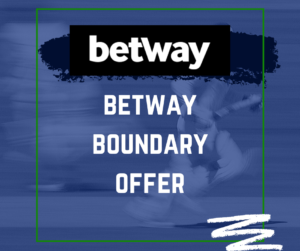 Betway India has a fantastic offer for cricket fans. The offer is available for both new and existing customers and is classed as a money-back special offer. It is a

The much anticipated Indian Premier League returns in just a few weeks and excitement for cricket fans across India and the world is building. We all know the teams that