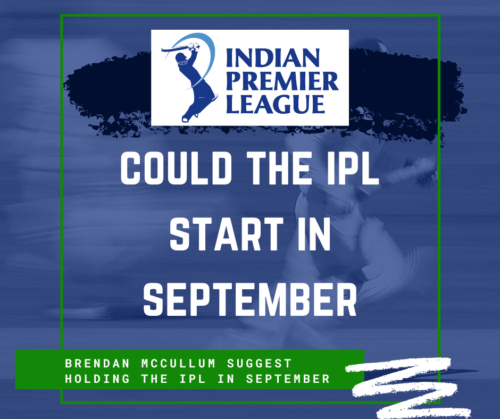 Today former New Zealand captain Brandan McCallum suggested that the T20 World Cup could be moved to allow the IPL to be rescheduled.

The T20 World cup is due to start in Australia on the 18th of October with major cricketing nations taking part. The impact of the Coronavirus has left sport around the world suspended indefinitely, in some cases. There is a possibility that by October Australia could be ready to host the event but they are preparing to delay it as a precaution.

The IPL is currently suspended indefinitely and due to the finances and TV revenue involved in the event, they are keen for it so still take place at some point before IPL 2021.

McCallum suggested that the T20 World Cup could be postponed for a year to allow for the IPL to take place in the Autumn of 2020.

“As a punter, if I were to put my final dollar on what the schedule would look like, it would be that the T20 World Cup has got to be at risk,

For Australia to move 16 international teams plus all of their support staff and then broadcasters seems a bridge too far. I can’t see them playing the T20 World Cup behind closed doors either.

There may be a window a bit later in the new year of 2021 which could then open up a window for the IPL [in October and November].

You’d have to move some overseas players for the IPL but with the broadcasters based in India, it is a lot easier to pull it all together.

The ICC and world cricket need crowds to operate but India can probably sustain things commercially behind closed doors because they are going to get so many eyeballs.” 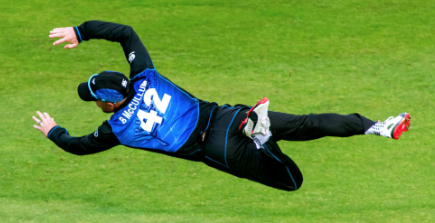 We think this is an interesting idea and one that makes sense to allow all the major events to go ahead just with delays. The next T20 World Cup could still take place in 2021 and by the end of next year all the events would have been played and the cricket calendar would be back on schedule.

Another option that has been suggested is to swap where the T20 world cups are held.

Sunil Gavaskar has the idea that with India currently under a mass outbreak and lockdown could have flattened the curve and got the situation under control by September. They could then host the T20 World Cup as soon as the IPL finished allowing the worlds top players to stay in India for 4 months and not risk any travel bans to play.

Then the 2021 T20 World Cup could be played in Australia instead of India in the October/ November as currently planned.