The much anticipated Indian Premier League returns in just a few weeks and excitement for cricket fans across India and the world is building.

We all know the teams that compete for the illustrious IPL title but what do we know about the stadiums and venues where the matches take place?

We’ve taken a look at each team’s grounds and picked out some incredible and memorable cricket action from recent years. 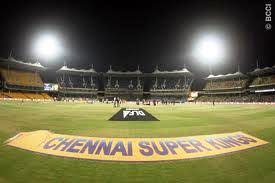 Last season’s runners up play their cricket at the M. A. Chidambaram Stadium. The old stadium hosted its first test match way back in 1934. The Chepauk, as it’s most commonly known, has recently had its capacity increased from 33,000 to 50,000. The home of CSK has seen some incredible records smashed over the years. Most notably in 2016, Karun Nair scored 303 not out to as India dominated against England, eventually declaring on 759-7.

The Arun Jaitley stadium is considered one of the IPLs better venues, with over 40000 fans catered for with modern facilities.

The Delhi Capitals have played here since 2008 and the ground is regularly used by the Indian national side. In 2017 Virat Kohli scored an impressive 243 in a test match against Sri Lanka.

Built way back in 1864, the 66000 capacity crowds have been entertained by some enthralling cricket over the years. The riders have played here since 2008 and the stadium is often used for international matches. Eden Gardens has hosted the World cup matches and finals and have seen hattricks from Kapil Dev and Harbhajan Singh.

One of the smaller venues in the IPL, nevertheless the PCA stadium is a fantastic cricket ground and has hosted some magnificent matches in the past. The home of Kings XI the PCA stadium has a 26,000 capacity and is renowned for its lush outfield and often fast wicket. The PCA played host to fantastic innings by Rohit Sharma when he knocked a superb 208 against Sri Lanka in an ODI back in 2017.

The Wankhede Stadium in Mumbai has witnessed many incredible cricket matches over the years. The Mumbai Indians play their IPL matches here in front of a 33,000 crowd. The ground always looks fabulous under floodlights and due to its geographical placement near the coast, swing bowlers seem to get some luck. One of the most notable cricket moments that occurred at the Wankhede was when Ravi Shastri hot a fabulous six sixes in one over.

A stunning bowl of a stadium, the Rajiv Gandhi international has a 55,000 capacity. The wicket has a reputation of helping out the batsman and the IPL selected the venue to host 2019 final. The Rajiv Gandhi is a relatively new cricket stadium compared to others in the Indian Premier League however, there have been several cricket matches in all forms played here. Virat Kohli has amassed a huge 379 runs at this ground from just 4 innings.

The Sawai Mansingh Stadium, located in the beautiful Rajasthan has a capacity of 30,000 spectators. The stadium is not often used for test cricket, however, there have been many ODI’s to please the local spectators. The Rajasthan Royals started to use the venue in 2008 and there has been much development to the infrastructure and academy. Cricket fans will have to go back to 1986 to find the highest ODI innings from an Indian Player. Krishnamachari Srikkanth knocked 102 from 104 balls. 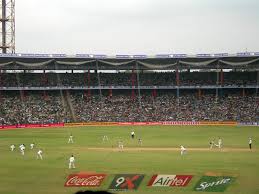 A cricket ground full of history and memories for fans, the M. Chinnaswamy stadium in Karnataka has a 40,000 capacity. Built-in 1969, this venue is everything cricket fans come to think of when imagining test, ODI and IPL cricket in India. Sachin Tendulkar has enjoyed many fabulous innings at the crease here whilst back in 2004 Harbajhan Singh took an incredible 11 wickets for 224 against England.