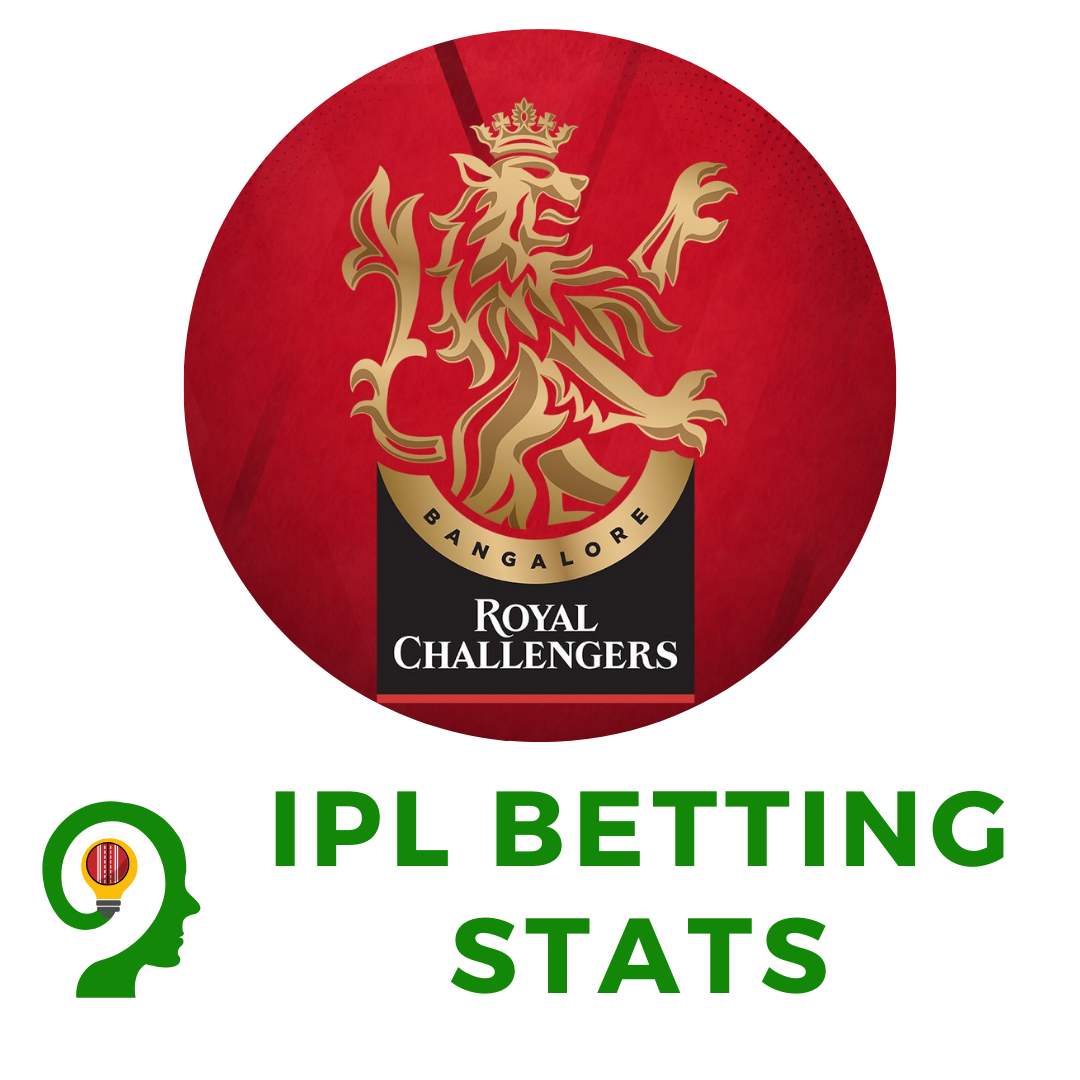 Royal Challengers Bangalore (AKA RCB) are yet to win an IPL title but have appeared in the final three times – 09-11-16. They are a well-supported team across India and especially in Bangalore.

They are currently 5th in the Betting for the IPL 2020 at odds of around 7/1 depending on the bookmaker. Could this be the year they get their maiden win?

We look over all their previous stats and trends to help if you want to bet on the IPL this year.

2019 saw one of the worst performances from the team with a poor 5 wins from 14 games. They hit the bottom of the table because of their poor net run rate, they were tied on points with the Royals. 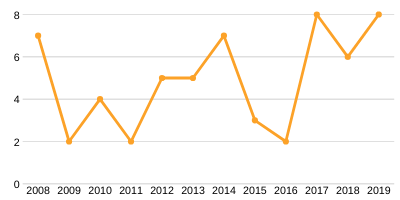 Theses stats make very interesting reading and show the up and down form that RCB had in the tournament with a tendance to win big and lose big. When you compare them to the  Chennai Super Kings stats you see that they are not much different.

The Super Kings made the final with an average of 133 per game, compared to 151 from RCB.  They both had similar numbers for boundaries and sixes in the 2019 IPL but RCBs games were either good or very bad.

It is no surprise to see top man Virat Kohli with the highest score for the team and the only century.

Kohli, De Villiers and Patel scored over 60% of the team’s total runs. Their struggles seemed to come from getting a solid score from further down the order.

Only 5 players in the team scored over 100 runs in the 2019 tournament. This could pose some interesting options betting against them once the three main guys are out. It will be worth following to see if this trend continues in our 2020 IPL betting tips.

The Royal Challengers Bangalore had de Villiers with a decent number of sixes for the tournament with Ali on a respectable number. Looking at the averages over the 14 games they played can help us if we are betting on a Bet Builder like #Betyourway with Betway. Ab averaged nearly 2 sixes a game so we could incorporate that into a bet builder as one leg.

The average scores when bowling were a respectable 158/5. Looking at the stats RCB should be disappointed that they did not have a better IPL. For us, they will be a team to watch this year depending on how the auction goes and who they pick up.

Their maidens and dot balls were also a respectable score, again it was just the up and down nature of their performances that has let them down.

Chahal was 8th in the overall wicket-takers in the 2019 IPL. Saini was in the mid-20s with his 11 and we would have expected a little more from Ali with just 6 wickets in 11 matches. Even though he is an allrounder he could have taken a few more and supported the main bowlers better.

In this year’s auction, it may benefit them to take another lead bowler if the opportunity arises.

Where Ali lacked in the wicket-taking he was very tidy in the economy figures with anything under 7 an over for an all-rounder a very respectable score. This put him in 12th for the 2019 IPL Stats for the whole tournament.

Next was Chahal who was 22nd overall. This points back again to them needing another leading bowler in the attack.

This makes interesting reading as Saini was in 4th for economy yet has the most dot balls. This points to wastefulness with the ball and conceding a lot of boundaries and sixes.

Could this be the year Kohli takes the IPL title? Possibly!

At  Cricketics we would all like to see India’s captain Virat Kohli win the IPL. When you look at their strongest 11 you would have to gove them a chance. They have bought well at this year’s auction adding well.

They have picked up players who have performed well at this year’s Big Bash League including Aaron Finch, Chris Morris, Josh Phillippe and a player whos been impressive in India’s tour of New Zealand – Kane Richardson.

Added to the new guys you have experience in abundance with captain Kohli, AB De Villiers, Yuzvendra Chahal and spinner Moeen Ali. Ali’s stats at previous IPL’s are very impressive. Whilst he’s not the biggest wicket taker he is always one of the most economical bowlers. With the pace of Chahal, they have enough to trouble the best batsmen with just those two alone.