The self proclaimed Universe Boss, Chris Gayle is arguably one of the West Indies all time greats. The powerful all rounder was fantastic with the bat and has real talent with the ball in hand.

Gayle has had somewhat of an interesting cricket career. Laden with records, notably being the most capped West Indies player of all time, Gayle has applied his trade for many teams around the world. The Jamaican has featured in several IPL tournaments in India, as well as playing in England and Australia. His scintillating career has seen him notch up an impressive 103 test matches, 301 One Day Internationals and 58 T20 Internationals. 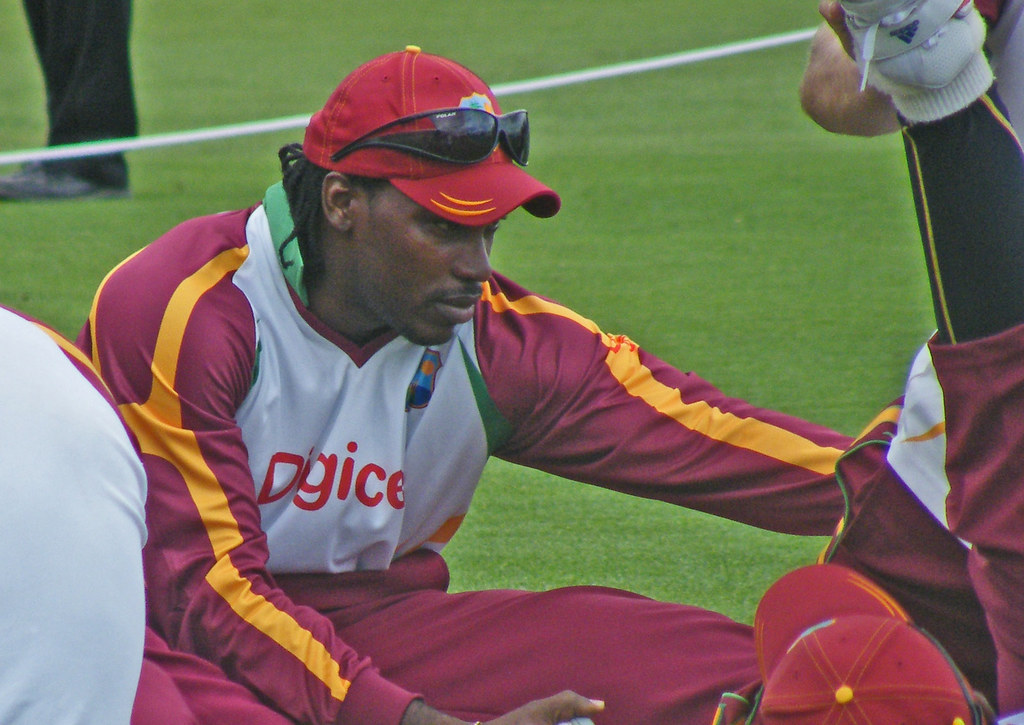 The impressive numbers don’t stop there either. Another record attributed to this highly skilled cricketer is that he is the only player to score a triplet of centuries. His top score with the bat was 333 against Sri Lanka in 2010, a number that is still significant in much of Gayle’s Social Media tags. His batting averages across all formats is just a touch under 40, whilst his best bowling figures are 5/34 in test match cricket and 5/46 in ODI’s.

Chris Gayle retired from most forms of cricket as he approached 40. His stats and records are truly remarkable and show the kind of first-class cricketer he was.

As glittering a career Gayle has had, he is often remembered for his controversial antics on and off the cricket pitch. We’ve had a look at his most memorable moments. 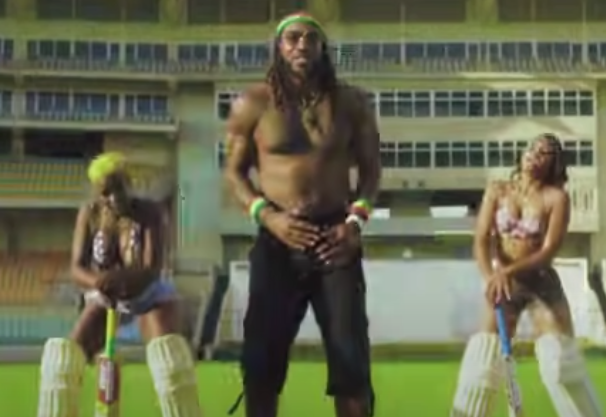 Sponsorship dispute with Cable and Wireless

Chris Gayle was one of several players who found themselves caught up in a row with telecoms giants Cable and Wireless. The issue arose when the West Indies team signed a lucrative sponsorship deal with Digicel, a competitor to Cable and Wireless, who sponsored individual players.

Gayle refused to terminate his sponsors and was therefore dropped by the West Indies Cricket Board. Gayle remained steadfast for a while but ultimately succumbed to pressure and left Cable and Wireless. Gayle was then able to rejoin his international side.

Perhaps an unknown law of the game, Chris Gayle nearly fell foul of playing against the spirit of cricket in a match against New Zealand. Gayle was accused of touching shoulders with the umpire which he was subsequently charged for.

After a hearing and fortunately for the Jamaican, the superstar Gayle was found not guilty.

In 2006 the West Indies featured against Australia in a Champions Trophy match in Mumbai. Chris Gayle was caught up in a heated verbal exchange against star batsman Michael Clarke. Match umpires Rudi Koertzen and Marc Benson felt that Gayle and Clarke had gone too far and subsequently reported the pair to the match referee.

Gayle was fined 30% of his match fee for a string of offences,  including his altercation with the Aussie.

Criticism of the board

In 2007 Gayle was caught up in yet another battle with the West Indies Cricket Board. Gayle was more than happy to voice his opinions on how the board went about their business, being openly critical of selection and board policies.

During a tour of England, the WICB installed curfews and censure, to try and win back control of what could have easily spiralled into a long-running spat. It was a problematic time for the West Indies. Losing heavily in the four-match test series 3-0.

Run in with coach Ottis Gibson

In 2011, the West Indies lost heavily to Pakistan in a world cup match. The Caribbeans were skittled out for a dismal 112, with nearly 30 overs to spare. 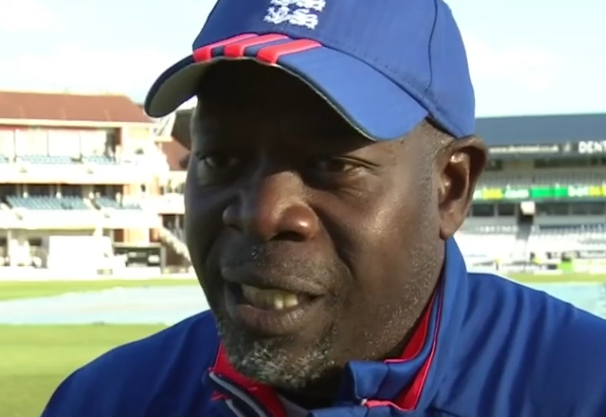 The players were heavily criticised by not only the press but also team coach Otis Gibson. Gibson went on the attack, slamming several key senior players including Chris Gayle.

Gayle was swift to defend the team and took to social media to defend himself. In truth, Gayle was probably accepting responsibility but was surely aggrieved by how public coach Gibson went with his own blame.

Without doubt, Chris Gayle is a superstar of cricket. Although he has since retired, the West Indies legend had an impressive career, proven by some incredible numbers. Although there have been occasional controversies, Gayle will go down as one of the games very best.