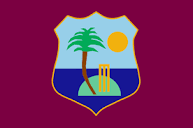 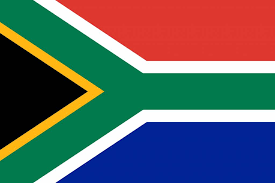 West Indies
– The West Indies started this series with a solid win but have been pegged back by South Africa since then. This is a must-win match to tie up the series.
– The West Indies has the firepower to beat South Africa, they just need to perform better. This is especially the case with the bat. We associate the WI batting lineup with runs but they need 1 player at the top of the order to get a decent score (more than 30). In these matches, there has always been a WI player further down the order having to go big to get the run rate up. A score closer to 190- 200 would be expected from this team.
– West Indies have chased a score in all 3 T20s so far. It will be interesting to see how they score if they get to bat first in this match.
– In their last T20 series, WI beat Sri Lanka 2-1 in a 3 match series. West Indies again chased in all 3 T20s and are now on a run of chasing in their last 6 T20 matches in a row!
South Africa
– In the last match we predicted a win for South Africa but we did not expect it to be quite as close as it was.
– de Kock was the top batsman getting 72 runs from 51 balls. South Africa was going very well at 40/0 at the end of the first 4 overs.
– Our other Dream 11 pick, Rassie van der Dussen was the second-highest scorer with 32 runs from 24 balls.
– In the last T20 series South Africa lost 3-1 to Pakistan in a 4 match series. This was a home series. Rassie van der Dussen played well in this tour as well. Despite being 32 he only started playing T20 international cricket in 2018 but has shown his quality for the national team since then. In 2018 he was named as 1 of the top 5 cricketers in South Africa. He is again our player to watch in this match.

Despite being 2-1 down the West Indies are still the favourites to win this match! We see them as equals based on the tight games they have so far and we won’t be backing them at their current prices.

The last match for the West Indies saw them lose by 1 run to go 2-1 behind in the 5 match T20 series. Obed McCoy carried on his excellent form from the 3rd match with close to career-best figures of 4/22 from 4.

South Africa took the last match by 1 run with a solid performance from their bowling attack. They moved the West Indies from 89/2 to 104/5 in 5 overs which was key to getting the win.