Wednesday in the Big Bash is communities day and we are treated to a doubleheader of T20 action! We are looking at the much improved Perth Scorchers against the Melbourne Stars for our preview and tips. We think this represents more value than betting on the Renegades to lose again in the other match!

This looks an interesting match for us, the Stars are absolutely flying and after a slower start, the Scorchers now have won three in a row and four of their last five.

Top of the league and dispatching everyone in front of them the Stars are a worth favourite for this match. We have seen a great offer from Betway on the Stars and the Thunder to both win boosted to 9/4 (from 7/4).

The odds do vary depending on where you bet, we believe 10Cric have the best overall odds for this game.

In their last five matches, the Scorchers have stormed up the Big Bash league to sit in 3rd after sitting around 7th for a while. They have dispatched the Renegades (like everyone else) Brisbane Heat and The Hobart Hurricanes.

Their wins have been coming in impressive style too. They’ve knocked over 200 in one innings but we have been most impressed with them with the ball. They have been relentless at taking wickets and bowled out the Hurricanes for an impressive 98 last match, the Hurricanes were chasing 175. If they win the bet flip then we would expect the Scorchers to bat first and think they’ll have a good chance.

The teams are yet to play each other this tournament and have back to back games now, with the return match on Saturday in Melbourne. What would cause concern for us for the Scorchers is they have only beaten the teams below them in the league. They’ve not played the Stars yet and have lost to second-placed Sydney Sixers twice at the start of the tournament.

The Melbourne Stars have been flying with an impressive eight wins from nine. They have been absolutely relentless in recent matches even when they looked in trouble. Glenn Maxwell has had a couple of big innings to get them out of trouble but the wins just keep coming.

Their only defeat came to the Adelaide Strikers when the Stars fell 5 runs short chasing 174.

In their last game, Marcus Stoinis set a new Big Bash record hitting 147 not out off 79 balls. That was the highest individual innings in BBL history.  They did not lose a wicket until the first ball of the 19th over and looked close to getting through all 20 overs without a wicket. 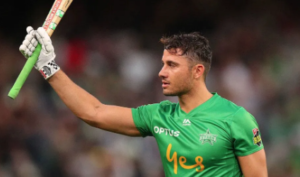 The Sixers were unable to keep up with the chase as the Stars took wickets at a steady pace before any big partnerships could be built.

As always this is a wide-open market. All it takes is one big innings or a couple of crucial wickets to take the prize. We have seen more batsmen than bowlers winning this so far. Unsurprisingly, Stoinis won last time the Stars played after his record-breaking 143*.

Glenn Maxwell is the lowest priced player we have seen in this market, from memory. The top three in this market are offering no value at all to us. You have to go further down the pricing to tempt us to risk our money!

We are unable to ignore the price of the Scorchers here at 6/5 and 5/4 in places. This represents good value for a team in their form, even if they are against the Melbourne Stars.

Looking at how their wins have gone we will be looking to back this bet after the bat flip if they back first. This is where we see them as being more dominant. If they lose the bat flip we will back them to win with half the usual stake as we will not be as confident. We are using Melbet for this one as they have the best odds at the time of writing.

When we saw the odds for this market we were very surprised to see the in-form Stoinis 4th in the betting! He’s just broken records and has been in fantastic form this tournament. He does not carry the explosive reputation of Maxwell or Livingstone but is still more than capable of clearing the ropes.

In his last innings, he managed EIGHT sixes!

For this bet to win we need each of them to hit al least one six. This looks like a good value side bet for us at 2/1 compared to them individually.