The Quetta Gladitors need to step up and remember they are called gladiators! They have been poor so far and it is hard to see anyhting other than anoterh loss for them here. LAhore sit in 2nd place and despite the loss last time out are in very good form.

Here we will look at the recent results, as well as the latest stats and trends for this match. Then we will make our match precitions.

When we watched this match it looked like Quetta had put on a reasonable score to defend with 178 on the board. In most T20 matches we would consider that a par score at PSL level.

Unfortunately for QG, their bowling let them down and they got picked off in 18.2 overs. Fakhar Zaman top-scored with 82 runs from 52 balls. Mohammad Hafeez also played well with a very quick fire 73 from 33, a strike rate of 222.21.

LH has been an interesting team to watch. With 5 wins from 7, they seem like they are playing well but actually, they are making a habit of scaping wins. Their NRR shows this with a negative number despite winning 5.

If it was any other team from the top 4 against Lahore here we would probably tip them to lose the match. Unfortunately, Quetta Gladiators have been so poor it is almost impossible to select them to win anything here. 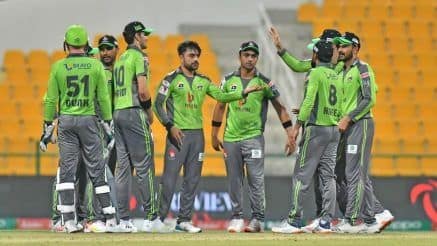 Who will win between Lahore Qalandars and Quetta Gladiators?

Based on the current form we believe Lahore Qalandars will win this match comfortably.