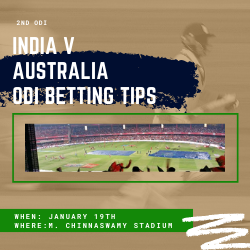 We now look to the third ODI of the three-match series with the series tied at 1-1. The first match was all about Australia, but in the second test, India fought back to level things up with some fantastic batting from Dhawan, KL Rahul and the captain Virat Kohli. Australia looked good in the chase early on but once Steve Smith had been dismissed for 98 leaving them 221/5 the game was all but over.

The odds are very different from the second match where India was short and expected to bounce back and they did. After the win for in the first match for Australia, they are still at shorter, at odds of around 11/10 for the third match.

India has come a little shorter than the second game but not as short as the first game. The series is delicately balanced!

Currently, India is second in the world ranking for one-day matches behind World Cup winners, England. We are 4 points off the top spot currently. Australia sits 4th in the world but is sitting 10 rating points behind India. India has 11 more ranking games in the current period.

2nd Odi of the series

In Fridays match India bounced back impressibly hitting 340 with three players getting over 70 but no one quite making a century. Dhawan was again in fine form hitting 98 following on from his 75 last time out. Kohli and KL Rahul also impressed with the bat.

It is worth noting that Adam Zampa got Virat Kohli out for the second time this series and the 6th time in the last 8 times they’ve played each other. He seems to have a knack of getting the captain out!

1st Odi of the series

In the last match, we put on 255 from 49.1 overs losing all 10 wickets. The main men with the bat were Shikhar Dhawan, 75, and KL Rahul,47. At the time they were in it looked like we could build a big score, but this never quite happened. Australia was relentless at taking wickets across the attack, Starc got 3 and Cummings and Richardson took 2 each. Adam Zampa took the wicket of Virat Kohli which he seems to have a nack of doing.

With the bat, Australia was very impressive. They reached the total in 37.4 overs and without losing a wicket. Both openers, David Warner and captain Aaron Finch, got a century with Warner top-scoring with 128.

This was not a great performance from India!

Our last outing as a one day team was a 3 match series against the West Indies. We suffered a shock defeat in the first match of the series with West Indies chasing down 287 in just 47.5 overs. This was quite a performance from the team!

In the next match, India was back on fire smashing 385 runs from our 50 overs. The innings was built on the devastating form of Rohit Sharma, 159 off 138 balls, and KL Rahul, 102 off 104 balls. We were 227 when the first wicket fell. The West Indies made a reasonable attempt but inevitably losing wickets cost them and they fell 107 runs short in the end. 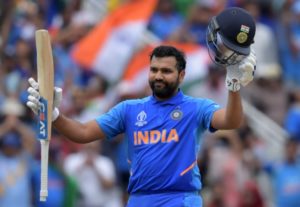 India clinched the series in the final match, having been set a decent 315 to win. We won it with 8 balls remaining. Sharma, Rahul, and Kohli got us off to a great start before Iyer, Pant, and Jadhav all failed to make double figures with the bat. It was left to Jadeja and Thakur to bring the win home.

Before that was another one day series against the West Indies which we won 2-0. The first game was a no result due to the weather. The next two games were won comfortably both via the D/L method due to rain!

We have to go back to the one day World Cup for the last time we played Australia in any format of the game. This was back in June last year and India won by 36 runs and never looked troubled. India batted first and hit an impressive 352/5 from the 50 overs. In reply, Australia was all out for 316 losing the last wicket on the last ball of the match.

The 352 was built in the top order with Shama and Kohli getting half-centuries and Dhawan getting a century. India had just broken 300 when the third wicket fell. Marcus Stoinis took two wickets for Australia and Cummings, Stark and Nile all chipped in with one each.

Australia made a good attempt at the chase but eventually fell short as no players went on to hit a big score. Carey, Warner, and Smith all got a half-century but none could break 70 without losing their wickets.

India was very effective with the ball with Bumrah and Kumar both taking three wickets. Chahal also chipped in with two wickets from his 10 overs.

Australia has not played a single one day match since losing to England in the World Cup Semifinal in July last year. Since then they have just played in tests or T20 series.

In T20 they have been in good form with a 3-0 win over Sri Lanka and a 2-0 win over Pakistan recently.

Their form in tests has been going well-recording wins and playing to the level we would expect to see with the quality of players that they have. It will be interesting to see how their first one-dayer in over 6 months goes.

A number of players have left the Big Bash to join the team including captain Arron Finch, Nile, Carey and Smith. 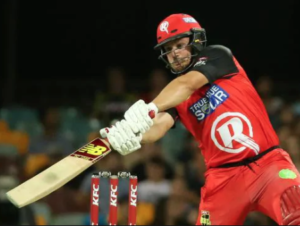 Carey and Zampa have been in excellent form in the tournament and will be missed by their teams.

The odds here are in line with expectations for the top order. Due to his popularity, Kohli is always at lower odds than others due to the number of people who will bet on him to be the top scorer. Sharma has drifted from joint-favourite after his lower score in the first match. Dhawan keeps getting shorter after his impressive performances all series.

The top three here are all fine batsman and David Warner was the top batsman in the last match. All the odds here have shortened slightly after the win. Aaron Finch, as mentioned, has been playing well in the Big Bash League despite how bad his team, the Melbourne Renegades have been.

Latest odds for the third match

Sixes in the second match

Sixes in the first match

Here are our top tips from our cricket betting expert.

This is a great value bet of 2 singles. We are looking for one winner from the two for a nice profit on either. Sharma is a World Class cricketer and is back in the team after a break and is a good value at such short odds. Dhawan is the man in form and cannot be ignored in the third match at odds of 15/4

We are placing this as 2 bets at the same stake, Rahul would give us a slightly higher profit than Sharma if he wins.

What a bet! This is only available with Betway India. For this bet to win each blower must take at least one wicket. Whilst this didn’t happen in the first match we cannot see Australia not losing any wickets again here and we all know the qualities of Bumrah. Starc is a top-class bowler and took three wickets in the first match.