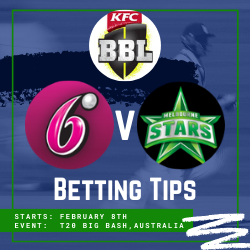 After 60 matches over 3 months, the Big Bash final is nowhere! We see the Melbourne Stars take on the Sydney Sixers on Saturday evening (Australia time).

This looks set to be a spectacle of T20 cricket if they can get any play. The best bet for this match could be in rain. Here’s the latest forecast in Sydney for Saturday – 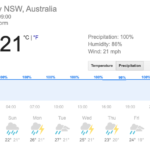 We are just hoping that it’s wrong and we can get some play. Here is what you will find on our preview

The odds on this match are very tight. You would have to say the Melbourne Stars are the stronger team but the Sixers have the home advantage.

This is a well-balanced market and could open up opportunities for some trading if you are into cricket strategies.

The Sixers have been impressive form throughout the Big Bash and are on a run of 4 wins in a row. This included beating the Stars in the first playoff- a shoot out for a place in the final.

The Stars finished in second place in the league with nine wins from fourteen matches. They lost four and had one match that was a no result. 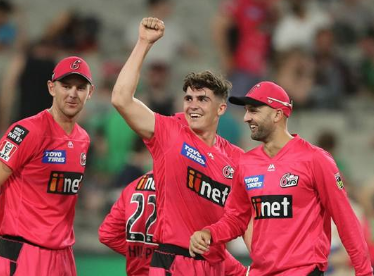 The Sixers and the Stars have now met three times in with two league games and then the playoff game. The Stars have one win and the Sixers have two.

In the first game, the Stars had a comfortable win by 44 runs after smashing 219/1 from their twenty overs. The Sixers made a reasonable chase but wickets cost them and they ended up on 175/7.

In the very next match, the Sixers got their revenge winning by 21 runs via the D/L method due to rain. The match was limited to 14 overs and the Sixers put on a very decent 143/4. This was mainly due to Henriques who bludgeoned 72 from just 31 balls!

The Stars started well in reply, Stoinis manages 62 from 37 balls and fellow opener hit 21 from 10 before losing his wicket to Dwarshius. The run rate was just too high for them to keep up once the wickets started falling.

In the final shoot out, we saw the best of the Sixers. Batting first they put on just 142 and it did not look a good total to defend against a team like the Stars. Adam Zampa kept them well pegged back with 21/3 from his five overs and we well supported by Coulter-Nile who helped keep the run rate down with 1/22 from his four.

When the Stars came in to bat we had the expectation that they would blast through such a low score, but they didn’t. They went on to record their lowest ever score in Big Bash history – 99 all out. Only three players managed to get into double figures.

The Sixers bowlers shared the wicket around with each player taking at least one wicket. The headline bowler was Sean Abbott with 3/23 followed by Steve O’Keefe with 2/22. The Sixers have an exceptional blowing attack!

The Stars looked like they were the champions-elect in the group stages and qualified as the top team with four matches still to go.

When their qualification was assured than their form dipped dramatically. They won just one of their last four games losing to the Stars, Brisbane Heat and the Adelaide Strikers. This dip continues into the playoff where they lost against the Sixers making it four defeats in a row.

They finally got a win again when beating Sydney Thunder to make the final. They put on 194/2 batting first with Stoinis, 83 and Larkin, 83, leading the batting. 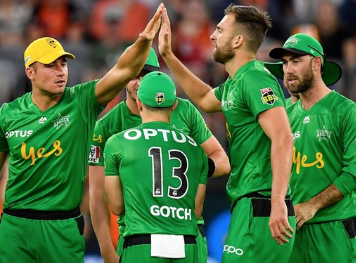 There is a key trend where when Stonis doesn’t perform they lose! Stonis is all but confirmed as the top batsman for the tournament as he is over 250 runs ahead of any other play left. If he performs in the final the Stars will probably win, if not then the Sixers will look the most likely.

This market shows that the Sixers do not have one main star batsman. The odds are varied as numerous players are in the running.

Stonis leads the way as you would expect!

As always the explosive Glenn Maxwell leads the betting!

We have a couple of tips for this market, BUT we are waiting to see the weather before we place any bets.

If there is rain and the game is reduced it becomes a battle of the more explosive batsman. The Melbourne Stars defiantly have the players for an even shorter version of the game.

We will wait until closer to get game starting to see how the forecast looks and to see if it will be reduced overs before placing this bet.

We are backing these as three singles. As mentioned we are expecting a shorter game if it goes ahead at all, so these odds could look great value if the players have to play a short smash and grab game.